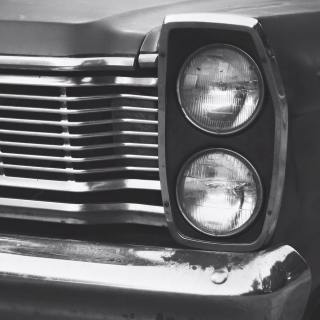 Corn. Wheat? Not cotton. Dead grass probably. Max groans and leans back, dropping her head on the back of the seat. Her eyes slide closed and she pictures the car moving forward, pushing air off its track, pulling the dead grass along with it, causing dust and pebbles to jump under the tires. Mason sits next to her, having taken the long drive as an opportunity for a nap. His heavy breathing mixes with the sound of the tires on asphalt. Max closes her eyes tighter, wanting the playlist in the air around her to turn off. She wishes there was a pause button. Or a skip.

Finally, she sits up and unzips the pre-packed backpack. She digs through it in search for headphones and unsurprisingly, finds nothing. Headphones are a distraction. They compromise your hearing, therefore making you unprepared for an attack. Max rolls her eyes and sits back, tucking her legs under her. She taps on the window in a random beat, biting on the inside of her cheek.

She wants to text Ray. Tell him she loves him. Ask him how his flight was. Tell his family she’s sorry she couldn’t be there. Just let him know she’s thinking about him. But she can’t. Her phone was locked up at the office. Instead, she holds a burner phone.

She contemplates texting Ray on it. But all actions happening on it are being monitored and recorded back at the office. They would see her text a random number, track the number and bring Ray in. They would hold him until this all blew over, just to be safe. Or they would cut off all communication Max could possible have with the outside world. They would say screw it and figure this out without Max. She would become too much of a liability. And Ray would become a threat. Max plays every possibility in her head like a movie. A text, a threat, an outing, an ended relationship. Loss of job. Loss of love.

In no situation do the pros of texting Ray outweigh the cons.

Frustrated, Max throws the burner phone into the backpack. It hits something else, causing a short thud to echo in the small car. The driver jumps and Max watches one hand tense on the wheel and the other reach for a gun. Max chuckles. The driver hears and groans, pulling his hand back.

Max leans forward quietly, resting her chin on the back of the drivers seat. “Boom.” She whispers.

He tenses, grabs the gun, and hits the break.

“Stop that.” he says as he lays the gun down and replaces the brake with the gas pedal.

Max grins and leans back. “It’s too easy.” she says. She then pulls her legs up and drops them on the middle console. He jumps again. “Shh… it’s okay, Chauffeur,” Max mutters, “I’ll keep you safe.”

“Miss Kingston, please.” he mutters, anger wrapping around the tone of his voice.

Max rolls her head to the side and pulls her feet back. “I’m bored, Chauffeur.”

“I’m afraid that is not my problem.”

“Can we put on some music?” Max asks, knowing the answer.

“No, we cannot. You know that very well.”

Max groans. “I won’t tell anyone.” Max sits up then, grabbing either side of the drivers seat and resting her chin on the right side so her lips are just behind the driver’s ear. “Come on, Chauffeur. Just a little music.”

“The female equivalent is chauffeuse.”

Max clicks her tongue. “The word originates from the French term, Stoker, because cars used to be steam-powered. Technically, chauffeur means ‘heater-upper’.”

“Everyone knows your name.”

“My name does not matter,” he continues, “therefore it is not necessary information. The less that is known about your whereabouts, the better. If no one knows, besides the Chief, of course, who drove you to your safe house than the odds of someone figuring out where it is lessens.”

“That was a long explanation to a simple question.” Max mutters.

Max turns to the side and stares out the window again, pulling her finger across the screen. “Yeah, whatever.” She whispers. She hears the driver scoff but ignores it in favor of drawing random shapes on the window.