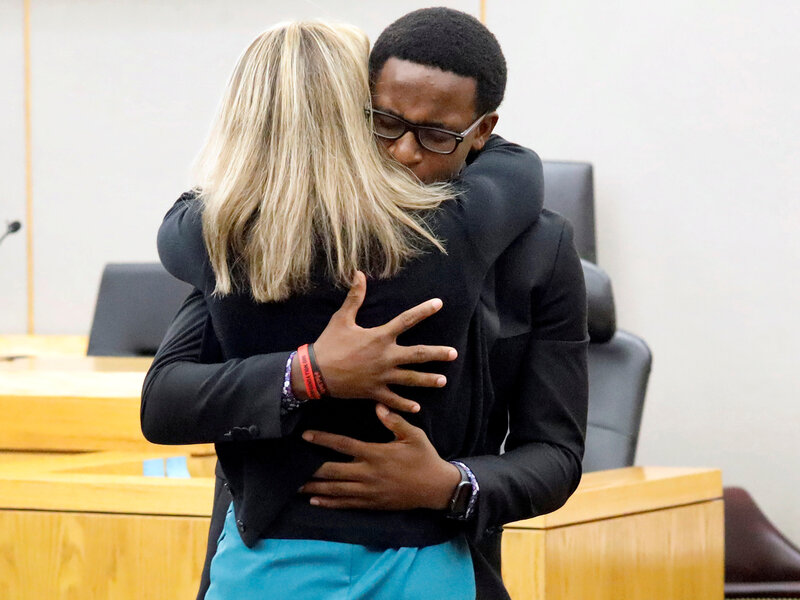 I don’t know about you, but I find it difficult to have a calm, kind friendship with those who seemingly don’t care about issues I do, and who don’t care for justice. It’s not necessarily people who don’t believe in what I do, like atheists of Muslims, but those who say they do but don’t hold the same level of conviction and need for justice that I do.

As a believer, I see other believers as part of my family. And when members of that family seem to betray (what I interpret) as our calling and command to carry out love and justice, I feel personally hurt. And I can find it too difficult to live peacefully and lovingly with them.

Even though we are given dozens of examples of this in scripture. And even more moments where we are commanded to do just this. (See Romans 12:18 and Matthew 5:43-47 as examples).

Imagine my own embarrassment when there are two people in recent news who are portraying this commandment to believers way better than I ever have. And one of them (whom I love and admire so very much) isn’t even a believer.

Ellen and Brandt were both seen this past week portraying amazing acts of love and grace. They were seen doing something they shouldn’t have to do because they both are living in a world of oppression where society sets them up to fail. And yet they both overcame hatred, oppression, and injustice to show deep love, grace, and forgiveness to someone who (in a human mind) don’t deserve it.

Honestly, these examples are so complicated. I wouldn’t say George Bush is inherently evil (any more than the rest of us) or even awful. In fact, he is much better than other members of his political party. But the fact remains that Bush opposed same-sex marriage and during his 2004 reelection campaign, he called for an amendment to the U.S. Constitution that would ban same-sex marriage in the United States.

Whatever your beliefs on this topic are you have to admit that this is something that may be difficult for an out and proud Lesbian to be okay with. That is a fundamental part of who Ellen is and yet she still defends her friendship with him.

“But just because I don’t agree with someone on everything doesn’t mean that I’m not going to be friends with them. When I say, ‘Be kind to one another,’ I don’t only mean the people that think the same way that you do. I mean be kind to everyone.”

And even more wild, Brandt and Amber Guyger.

I know the story and while the entire thing is horrible, Guyger didn’t necessarily act solely on racial prejudice. It was an awful, unfortunate situation of misunderstanding. But a situation in a world of racial oppression, inequality, and violence.

Do not disagree with me on this. Racism is still very much a factor in the world today. And black men still have to act much differently, especially around cops, in order to be safe and treated with respect. I am white and I do not, and neither do you if you are not of color, will never truly understand the effects of this.

And yet, after losing his brother, Brandt still offered Guyger love, grace, and forgiveness. He shouldn’t have needed to but he still offered the love that God commands us to.

“I don’t want to say twice or for the hundredth time, what you’ve, or how much you’ve taken from us. I think you know that. But I just – If you truly are sorry – I know I can speak for myself – I, I forgive you. And I know if you go to God and ask Him, He will forgive you. I love you just like anyone else. I’m not going to say I hope you rot and die, just like my brother did. … I personally want the best for you.”

All this to say, I was reading Genesis today and I was hit with just how much I don’t follow these examples.

I forgive but it often takes far too long. I love, but really only those who it’s easy for me to love. I care more about the underdog, the oppressed, the injustice than I do about members of my Christian family whom I disagree with.

And so when I was reading Genesis 50, I felt so much conviction to live more like Joseph.

When Joseph’s brothers saw that their father was dead, they said, “It may be that Joseph will hate us and pay us back for all the evil that we did to him.” So they sent a message to Joseph, saying, “Your father gave this command before he died: ‘Say to Joseph, “Please forgive the transgression of your brothers and their sin, because they did evil to you.”’ And now, please forgive the transgression of the servants of the God of your father.” Joseph wept when they spoke to him.His brothers also came and fell down before him and said, “Behold, we are your servants.” But Joseph said to them, “Do not fear, for am I in the place of God? As for you, you meant evil against me, but God meant it for good, to bring it about that many people should be kept alive, as they are today. So do not fear; I will provide for you and your little ones.” Thus he comforted them and spoke kindly to them.

We see here the example of extreme faith, forgiveness, grace, and kindness to those who hurt you. And not just strangers but literal family members. Who tried to murder Joseph and then sold him into slavery.

Talk about extreme forgiveness and love.

Joseph has the right estimate of things. That is, that judgment belongs to God. He knew it was not his place to hand out judgment or vengeance upon those who wronged him. That’s God’s place. And Joseph recognizing it as God’s place then had the right attitude towards his brothers in this whole thing.

That shows us actually the secret behind his attitude is his commitment to God and that area to God. And we also need to commit to God that area of judgment.

There are people that will say horrible things against you, who will hate you, and disagree with what you believe in. You have an option of what that happens. You can waste your time going around trying to answer all your critics or you can just go on doing the work of the Lord and let the Lord take care of the critics that rise. And if you have the right perspective, you’ll just leave that in the hands of the Lord.

Then you can take a step further and offer forgiveness and love to them. To those who hurt you. You can show kindness to EVERYONE, not just those it’s easy to love.

Show kindness, forgiveness, and love, no matter what.