When I was a kid, single digits, my biggest sin was lying. I loved it. It was a game for me. I wanted to see how cool of a lie I could come up with. My fake lives were more fun and adventurous than my real one.

And I would play with lying. I knew my parents could see through my deception so I came up with a plan. To this day I think it worked more often than it didn’t but who knows? Memory colors in favor of the reliver.

I started lying poorly about small things I didn’t care about. The hope was my family would think that is how I lied. That way, when there was something bigger I actually wanted to get away with, I could lie well and they wouldn’t catch on.

In high school, I didn’t lie as much as I kept secrets. I was a conventionally good kid, never snuck out of the house or had a secret boyfriend or drank. I got straight A’s and was the teacher’s pet and went to sleep early. But I still kept small secrets. I tried to hide an eating disorder from my mom. I kept lust hidden in the dark. I let bitter resentment and jealousy live in secret in my heart.

Eventually, they all came into the light, whether I wanted them to or not. And I didn’t even learn.

College was worse. My secrets spread to drinking and secret relationships. I resented my family because they wouldn’t accept my outlandish behavior. I lived swimming in secrets and lies.

And then I ran from them. I thought I could leave them behind. I thought they would die.

The thing is, secrets don’t die. They fester. They follow you everywhere you go.

But instead of decaying into nothingness, they rot. They stink. They grow so they actually weigh more than they did going in.

They poison every aspect of your life and soon you’re stuck.

You’re surrounded by secrets and lies and all the gunk they covered your life with.

Trying to suffocate your secrets in darkness is like trying to clean a dog with mud. It only makes it worse.

Every Lie Always Finds Its Way Out. Something we are all told at a young age yet reoccurs regularly in our adult lives.

How often do lies poison relationships?

When has trust been broken because of a secret kept from you or by you?

Lies and secrets can cause damage to a person and their relationships like a tornado and hurricane can devastate a city. 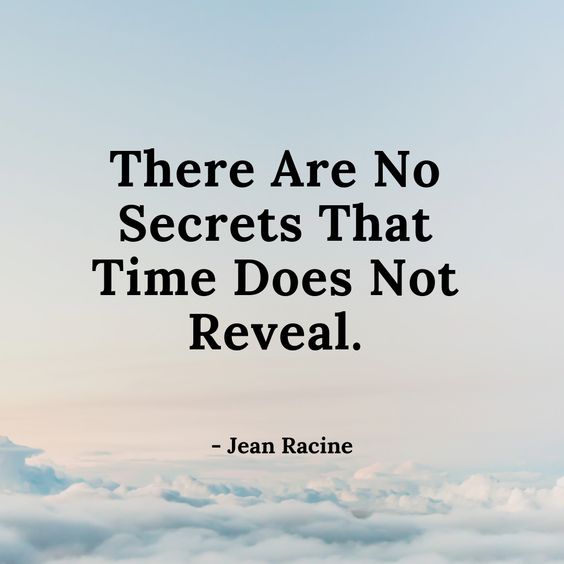 And similarly, honesty can bring healing and wholeness.

The quickest way to kill a lie and break a secret is to bring it into the light. To surround yourself with people who love you and want the best for you. To be known and let your secrets be known.

I have found freedom and healing through counseling, conversations, and open honesty with my community and family.

And I have no doubt you can too.

“Lies and secrets… they are like a cancer in the soul. They eat away what is good and leave only destruction behind.”
― Cassandra Clare