Please, for the love of all that is Netflix, don’t comment “Is this a surprise to anyone?” under this blog post.

Because, yes, yes it is a surprise to me. And it’s so frustrating that this took almost TWENTY-FOUR YEARS for someone to tell me.

Over a month ago, I went to a new therapist for the first time and asked her why I can’t remember half my life, why I have so much trouble following people who are talking to me, and why I focus better while playing a dumb, mindless game on my phone.

“Has anyone ever tested you for ADHD?”

No, Dr. Thurston. They have not.

Well, she did. And guess who has a “Very healthy dose of ADHD?”

You guessed it! That would be me.

Queue several weeks of going through every aspect of my life, studies, personality, and struggles that point back to the ADHD.

Queue me rethinking everything I’ve ever done or had problems with.

Queue me being so beyond frustrated that no one ever diagnosed this before.

Why wasn’t this diagnosed when I only ever got detention for disrupting the class? When I couldn’t remember my sister’s wedding a few years after it happened? When I hopped through dozens of medicine to treat anxiety and depression and OCD symptoms and irrational anger and NONE OF THEM WORKED.

Now, there are reasons for all of that. The main being apparently there are 9 types of ADHD and only 1 is commonly diagnosed in adolescents. (Think the kid that literally cannot stay in his seat for longer than 30 seconds and will talk to a statue for an hour.) My types, apparently, are often seen as anxiety, obsession, depression, and impulsivity. To be specific, I have Overfocused, Temporal Lobe, and Anxious ADHD (which is the most common combination of the types in females).

A quick lesson to understand me better. All of these types include the classic ADD symptoms, plus the following. Overfocused ADHD includes trouble shifting attention, frequently getting stuck in loops of negative thoughts or behaviors, obsessive, excessive worrying, inflexibility, and frequent oppositional and argumentative behavior. Temporal Lobe ADHD includes being irritable, quick-tempered and aggressive, having dark thoughts, and mood instability. Anxious ADHD includes feeling anxious and tense, physical stress symptoms like a headache and stomachache, freezing when in situations that cause anxiety, and anticipating the worst.

Anyways, let’s get around to why I feel this warrants a blog post (besides the fact I just write about myself because why not?)

I have spent years of my life feeling like a failure of a friend because I don’t remember half the things people tell me and I can’t for the life of me focus on someone when we are talking. I try so hard.

And I have failed. Over and over again.

My friend Terri once almost threw hands because I asked her “do you watch Game of Thrones?” after apparently having already asked that four times.

I have spent years feeling like a nuisance and being called a spaz. And I can sit in the back of my mind and SEE myself being annoying but just can’t stop. It’s so frustrating.

I’ve spent years feeling like my brain is just a little broken.

And now I have clarity. It makes sense. I’m not a horrible friend and I’m not broken. My mind just works a little differently. And that’s okay. But at least now I have the opportunity to put words to my actions and feelings and struggles. And now I have the tools to help fix it.

I think a lot of us are constantly walking around feeling like we don’t quite fit in. That our brain is just a little broken.

Because you’re a Tigger and everyone else is always tired of you and you’re the only one.

You’re an Eeyore and you’re bumming everyone out or no one ever notices you’re there.

You’re a Piglet and everything is a little too scary and so much can go wrong at any moment.

You’re a Rabbit and nothing is perfect and you’ll never be good enough.

But you are not alone. You are seen and noticed. You are safe. You are enough. You are here.

And you get to make me a promise. 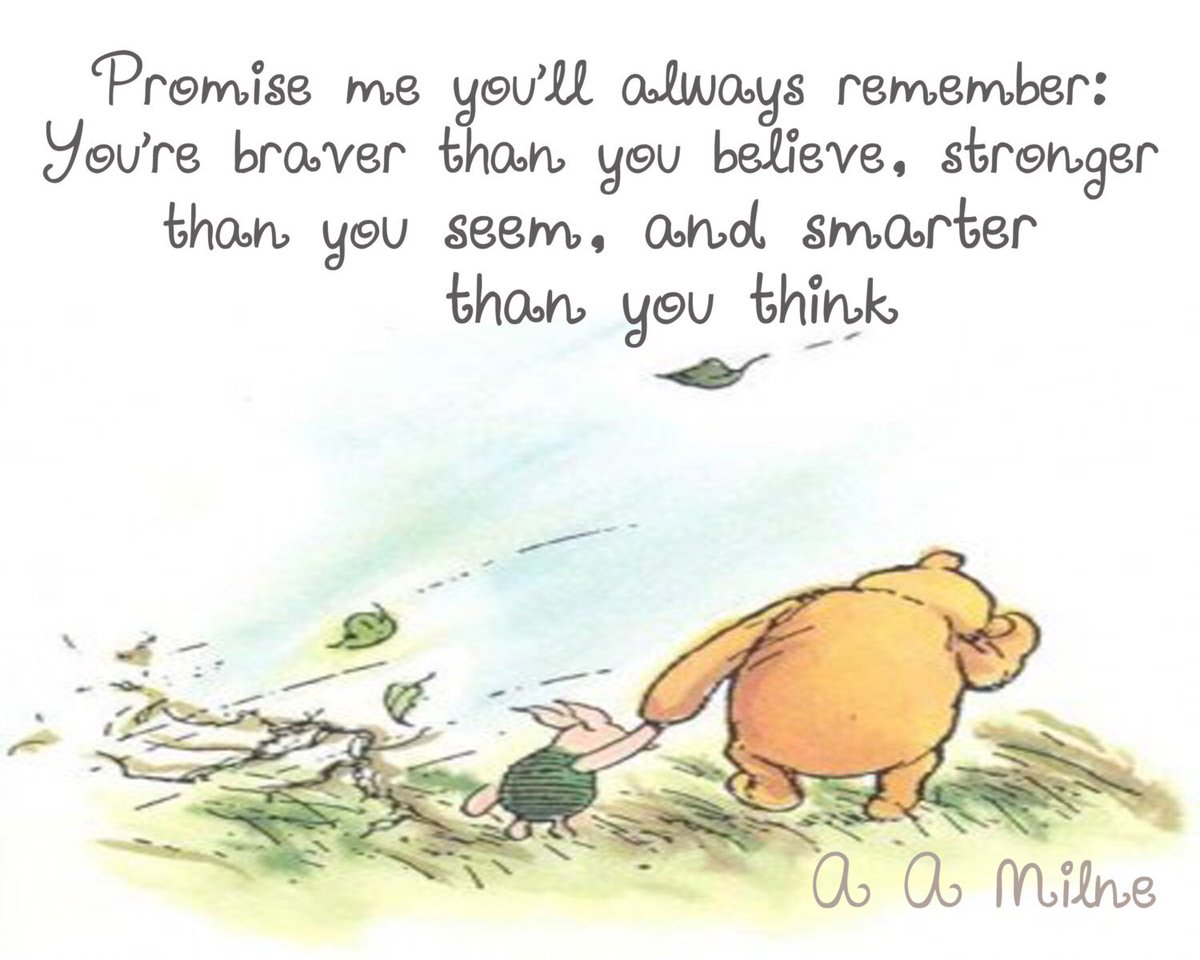 Also, a comic that describes me better than I ever have: