Everyone feels anxious from time to time, like before an exam of a big event. If you’re in a stressful time of life, such as college or wedding planning (or the middle of a pandemic) stress and anxiety can be even more common.

This is why it can be tough to tell the difference between typical anxiety and a condition like panic disorder, social anxiety disorder, or obsessive-compulsive disorder.

A temporary and expected response to a stressful situation but not an ongoing problem. This is an appropriate reaction to the situation. It doesn’t interfere with other areas of life but can actually be a good and helpful thing. Can act as a motivator to accomplish assignments or warn you about dangerous situations. Can also activate the fight, flight, or freeze response.

END_OF_DOCUMENT_TOKEN_TO_BE_REPLACED

It is essential to have personal boundaries in order to have healthy relationships. These protect you, your mind, your heart, your soul, and your relationships.

These are basic guidelines in a relationship for how you are treated, how the relationship looks, and for what’s acceptable and what isn’t. A boundary can be made for every area of a relationship: physical, emotional, responsibilities, spiritual, etc.

The relationship does not have to be a romantic or sexual one. In fact, you should have boundaries in every relationship. This includes family members and friends.

Think of an imaginary line separating you from something/someone else.

END_OF_DOCUMENT_TOKEN_TO_BE_REPLACED

Grief is the natural reaction to loss.

Grief is a strong, sometimes overwhelming emotion for people due to a loss, particularly of someone or something that the person had a strong bond with or affection for. Although, grief can also be for a relationship that has ended badly, a healthy lifestyle after a terminal illness, or other losses, such as a family home or a job.

Denial is a conscious or unconscious decision to refuse to admit that something is true. This is natural as grief brings sudden and intense emotions. It’s a survival instance to ignore these feelings.

END_OF_DOCUMENT_TOKEN_TO_BE_REPLACED

Do you feel heavy? Or, rather, does the world feel heavy to you right now? I know, for me, there are a dozen intense topics, emotions, events, problems, and pains floating around in my mind 24/7. I seem to be feeling everything more than I ever have in the past. The pain of my friends. The pain of the world. The problems and injustices and grief.

And I feel less than enough.

Somehow, things are becoming personal that should never have been personal. And it’s messing with my own identity and self worth.

I don’t know if you can relate with me, or if what I’m saying even makes sense. But I DO know that everyone needs a bit of affirmation sometimes. Everyone has hard days and days of low self-esteem. For those days, this particular blog post is for you.

END_OF_DOCUMENT_TOKEN_TO_BE_REPLACED

I’ve been thinking a lot about self-care recently. Mostly because I’ve had to for work, therapy, and because a friend of mine coaches it. But, as usual, these thoughts have bled their way into every little aspect of my life. It’s a tape in a constant loop in the back of my head, whether I hear it or not, I know it’s there.

On a global level, self-care is extremely prevalent right now. Which makes sense when we’re locked up in our houses with mostly ourselves. We’re FORCED to care for ourselves. END_OF_DOCUMENT_TOKEN_TO_BE_REPLACED

I’ve been thinking a lot about forgiveness lately. Trying to fit it into a specific, narrowed-in situation and stepping back to see it from the view of the universe.

If you’d asked me a year ago, I probably would have given you a bible-belt answer polished with feigned humility. Something along the lines of, “Forgiveness means wishing the best for someone who has hurt you, whether or not they’ve apologized. And it means forgiving yourself.” Then I definitely would have added a, “but I don’t really know and sometimes wonder if I even know how to forgive.” You know what I’m talking about. The perfect response with a convenient self-deprecating addition that actually makes you look better?

Now, though, I just can’t give an answer. END_OF_DOCUMENT_TOKEN_TO_BE_REPLACED

I’m as guilty of it as anyone. Maybe even more so. (Definitely more so)

Acquainting Christianity with political parties. Picking apart the beliefs of leftists and rightists and trying to compare them with the gospel. Actually, the other way around. Politics, which is quickly dividing our nation, has become the heart of beliefs and religion is forced into the stances of those parties. Too often, religion is seen through the lens of politics.

We need to remember that everything, politics included, should always be seen through the lens of our faith. END_OF_DOCUMENT_TOKEN_TO_BE_REPLACED 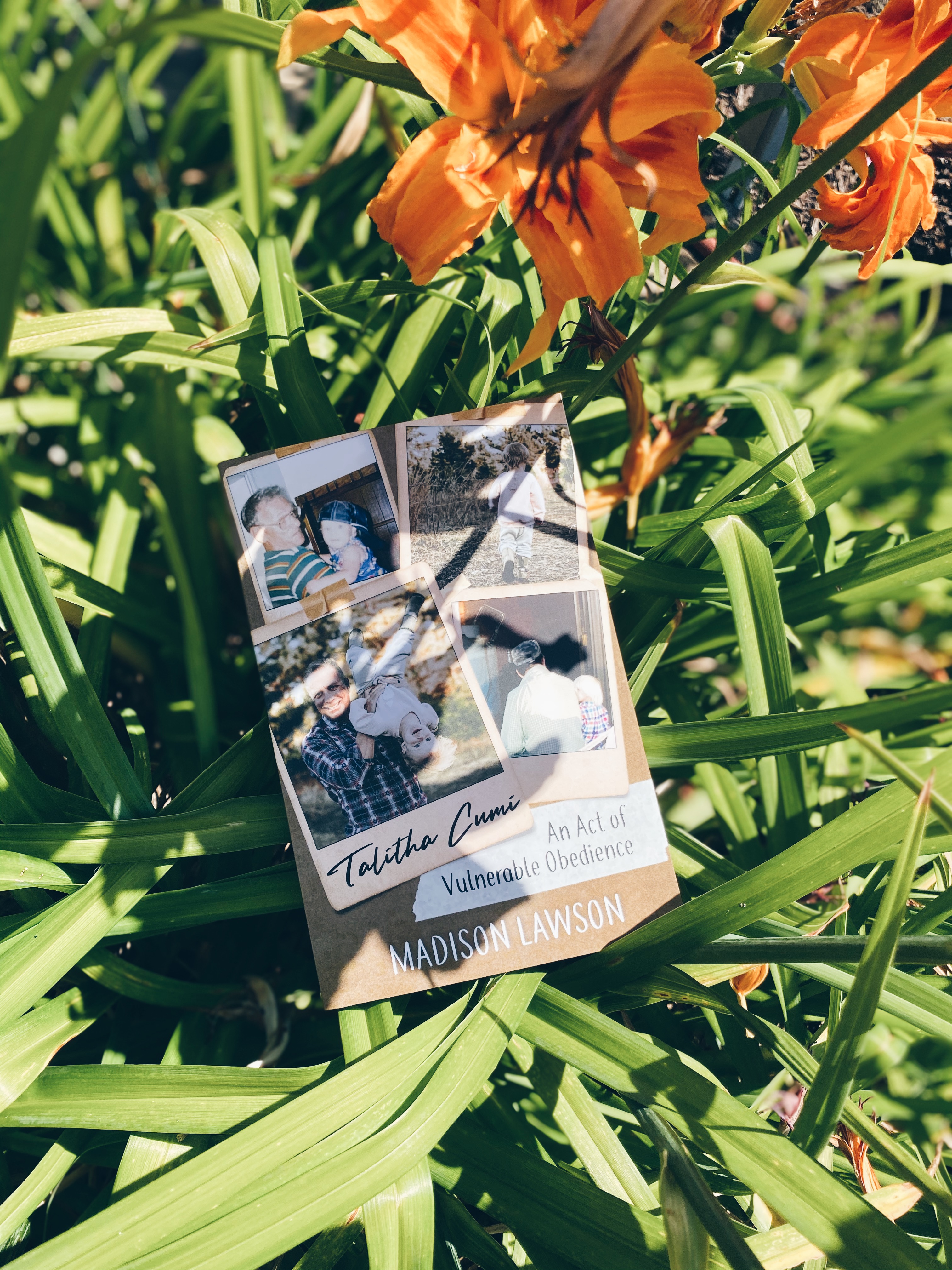 FROM MY NEW BOOK, TALITHA CUMI:

“In the ESV version of the Gospel according to Mark, there are only three things Jesus says in a different language (Aramaic) that Mark (or Peter) then translates for the reader. These are Talitha Cumi, Eloi, Eloi, lema sabachthani, and Ephphatha. I’m going to consider all of these, but to begin, I want to focus on the first one.

I still think I have more to tap into when it comes to the Aramaic words Talitha Cumi and Eloi, Eloi. But the other day during my prayer time, the Lord kept saying to me Talitha Cumi, which could have been because I’d just read that chapter and thought I may want to observe it, but for a moment there, I couldn’t think of or write anything other than Talitha Cumi and Eloi, Eloi over and over. “Little Girl” or “Little Lamb, I say to you, arise.” These words are in a very important context. They are most likely meant to show the contrast between the bleeding woman and Jairus’s daughter, that God was showing he heals all, that he loves all, no matter if they are a ruler of a synagogue, an unclean woman, or a small child. That he calls them “daughter” and speaks to them in their native, household language. END_OF_DOCUMENT_TOKEN_TO_BE_REPLACED

During this historical and monumental time, it can be easy to get lost in the news, social media, and your own mind and heart. It’s hard to find the correct voices to listen to in a sea of opinions, pain, and information. The world feels like a stormy maze where around every corner is another piece of advice or something to grieve over.

But perhaps the most difficult thing to do is figure what your place will be in history.

My desire is that everyone finds justice, peace, and hope this year. As an Enneagram type eight, I tend to stand radically and forcibly on the side of justice. I advocate for speaking out. My instinct is to listen to Alexander Hamilton and make Lin Manuel Miranda proud.

If you stand for nothing, what’ll you fall for?  END_OF_DOCUMENT_TOKEN_TO_BE_REPLACED 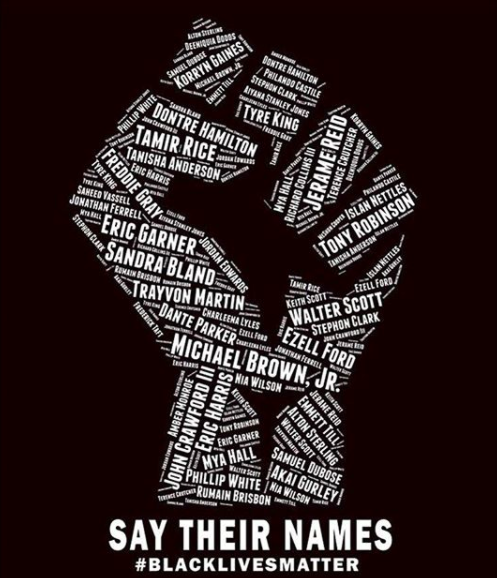 Hey all! In the spirit of #BlackLivesMatter, I just wanted to share some awesome blogs to follow, all with incredible Black authors!

Oneika is a travel blogger and you’ll love seeing what she shares! Media personality, journalist, and keynote speaker Oneika Raymond is the host of Travel Channel’s One Bag and You’re Out and Big City, Little Budget. She’s also an on-air travel and lifestyle correspondent for NBC New York and CTV Canada. A bona fide travel junkie, her adventures have taken her to over 115 countries on 6 continents.

Don’t forget to check out Mattie James, faith and lifestyle blogger! “Creating this site has been years in the making. After style blogging for 7 years, I decided it was time for a change. While blogging about my daily outfits was fun, quite a bit changed over the years. I became a mom, started blogging full time, and grew in my faith. Hence why it was time to graduate to MattieJames.com.”